Pick the Right Costume: Know What to Wear for Flamenco Dancing

Flamenco is a Spanish dance form that is now famous the world over. Flamenco dancers wear traditional and colorful costumes, which add to their beauty and grace.

Home / Uncategorized / Pick the Right Costume: Know What to Wear for Flamenco Dancing 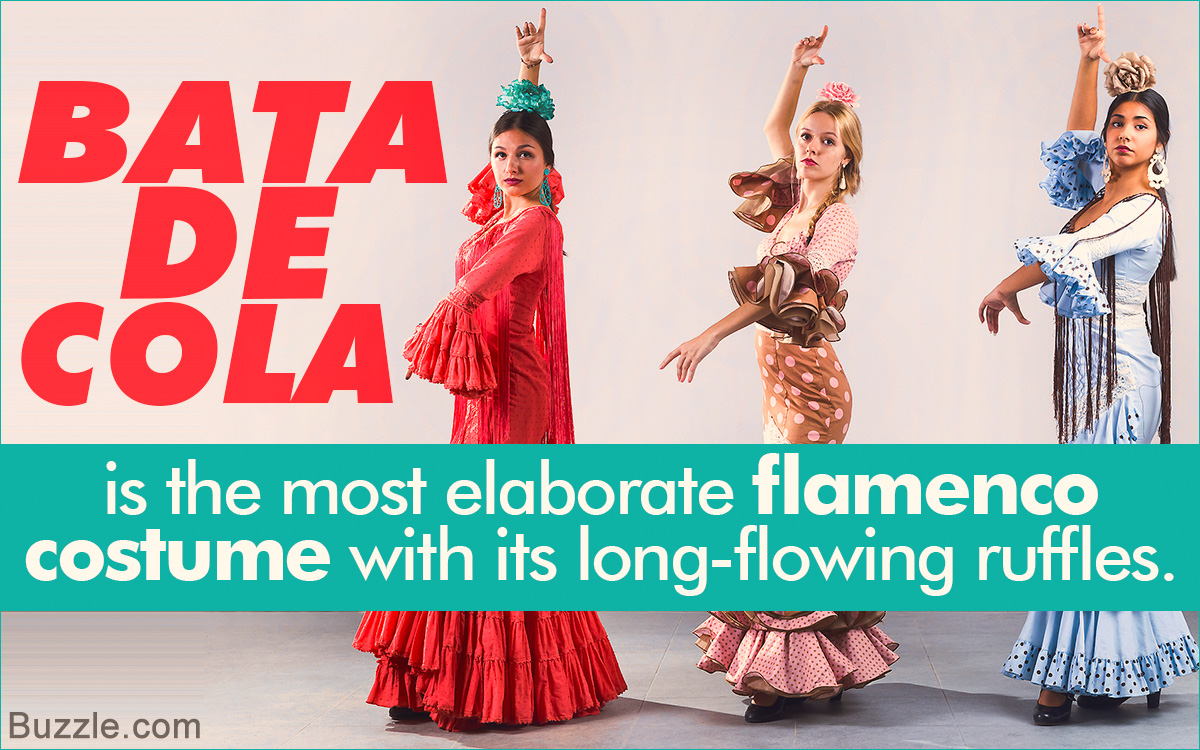 Flamenco is a Spanish dance form that is now famous the world over. Flamenco dancers wear traditional and colorful costumes, which add to their beauty and grace. 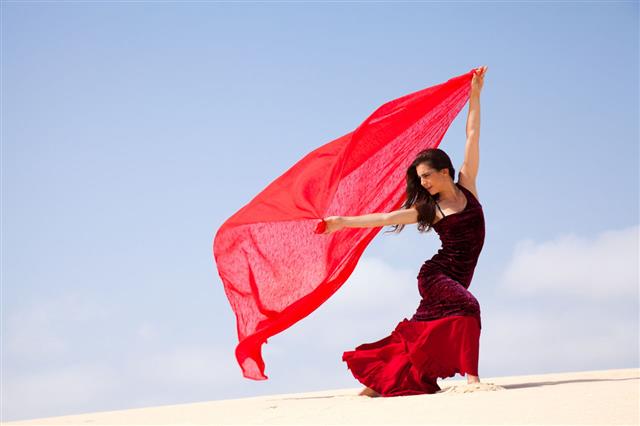 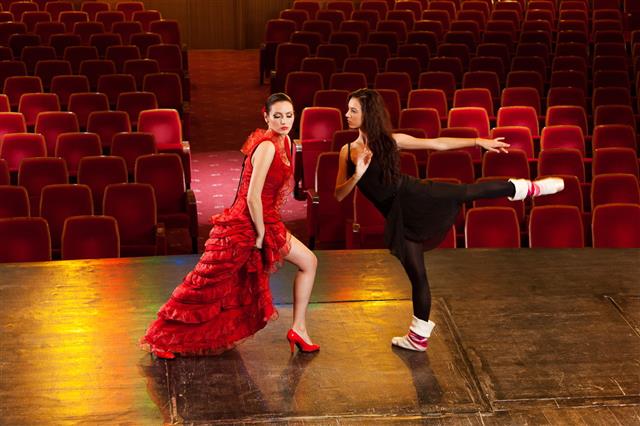 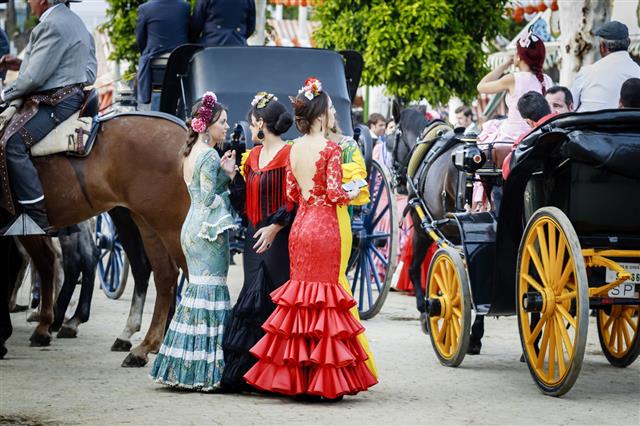 Flamenco, with its roots in Moorish, Gypsy and Andalusian culture, conjures up images of lively dancing accompanied by great music and clapping of hands. Equally eye-catching are the costumes associated with the dance, with their vibrant colors, which enhance the fluid movements of the dancers. The flamenco dress has evolved during the ages, becoming more and more ornate with the addition of shawls and jewelry, though the basic design has stayed the same, a blouse that is figure-hugging at the waist and a skirt that flares and boasts of flounces. If you know or are planning to learn the flamenco, you should know the right costume that goes along with it.

Flamenco costumes are far more elaborate for women, as compared to those for men. Black and red are the most popular colors for the costumes, though other colors are also used often. They can be made as a single piece or in two elements, as the blouse and the skirt, which are described below in further detail. Costumes are usually made from cotton fabrics and also involve the use of a whole lot of lace. 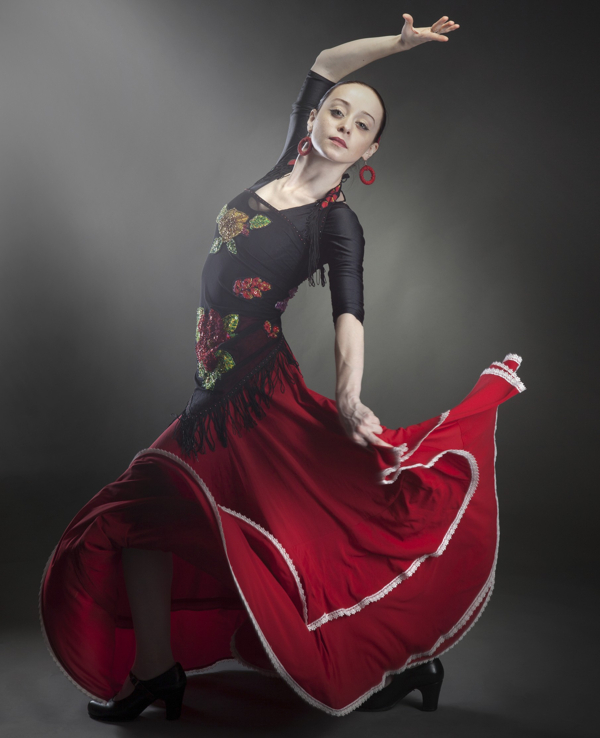 Probably the most elaborate and extravagant piece of costume in a flamenco dance. With its long-flowing train of ruffles, this is a single piece, with a snug waist. This costume can be very heavy, and the train itself can measure up to 5 feet, trailing behind the dancer. Dancers shake and raise the bata de cola in a manner that it moves perfectly with the rhythm. The bata de cola is best left to extremely talented flamenco dancers, who know just the right tricks to maneuver it impeccably while dancing the intricate steps. 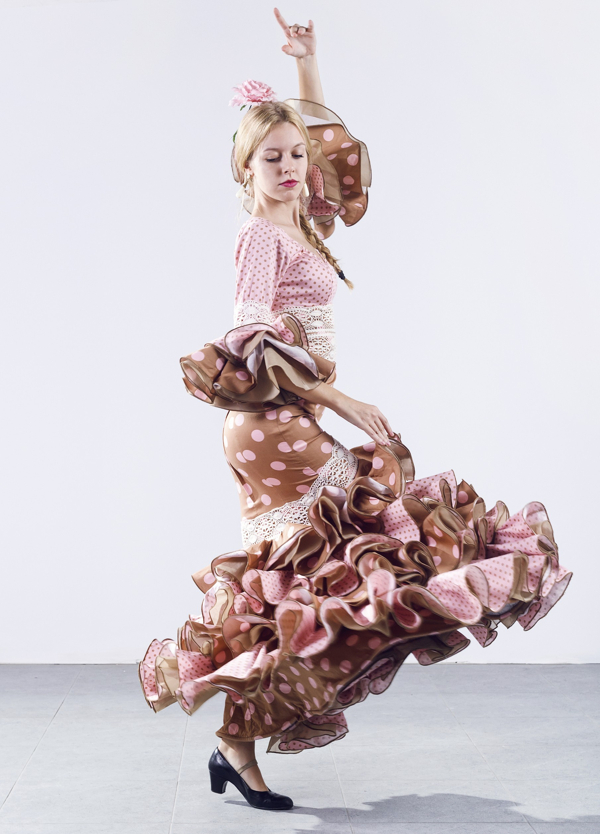 Similar in style to the bata de cola, but not so long. This outfit reaches the ankles, and has ruffles all over, including the sleeves. It can come in a variety of patterns, either featuring polka dots, or plain, solid colors, and short/long sleeves. Traditional dancers pair this costume with a mantle draped over their shoulders, with the hair swept up in a bun. 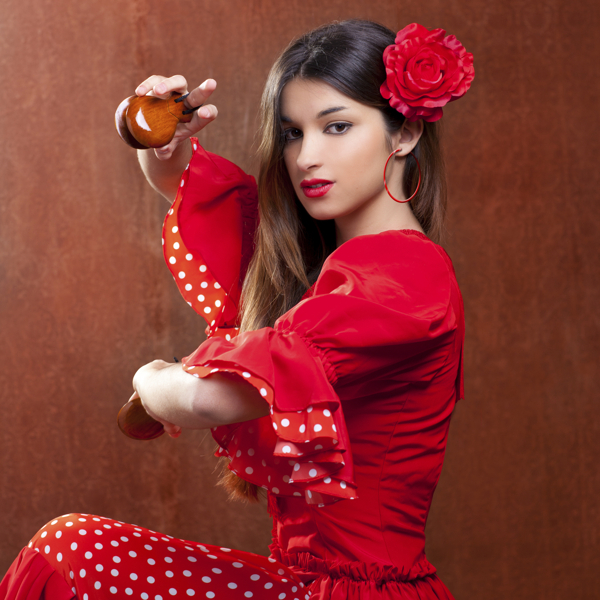 Blouses usually have sleeves, which might measure only up to the elbow or all the way down till the wrist. Sometimes, blouses come pleated with ruffles on the sleeves, which gives them a puffy look. The blouses feature different types of necklines, with cuts ranging from sweetheart, round to V-shaped, etc. Many tops also come equipped with a layer of lining, that helps absorb perspiration, keeping the dancer comfortable. 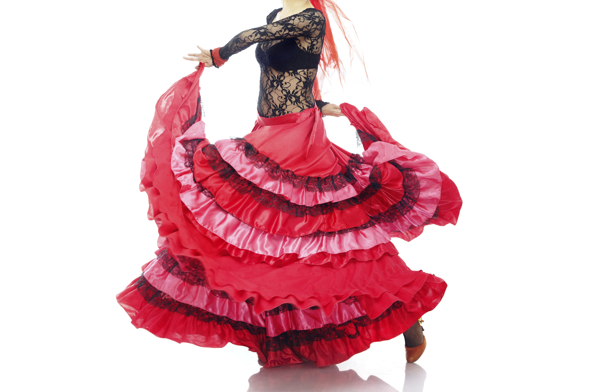 Flamenco skirts are usually of two types, the ones used by skilled dancers for a performance, and those used by learners during practice sessions. Skirts are always tight-fitting at the waist, and are long enough and reach the feet, and flare extensively as they fall below the hip area towards the legs. They are always of a loose fit to facilitate the dance steps. Skirts can also feature ruffles, which can either be circular, or clustered up and rectangular in shape.

Skirts for performers are usually made from many layers of high quality fabric, which can also be rather expensive, whereas practice skirts come in single layer, and are fairly cheaper. Polka dot prints are common to these skirts. For the best fit, it is advisable to get your skirt stitched from a tailor, even though ready-made skirts and blouses are easily available.

A male flamenco dancer does not have as wide a variety in costumes as compared to his female counterpart. Men normally wear a shirt underneath a vest, over tight-fitting trousers, which are traditionally black. Sometimes, men tie a scarf around their necks. 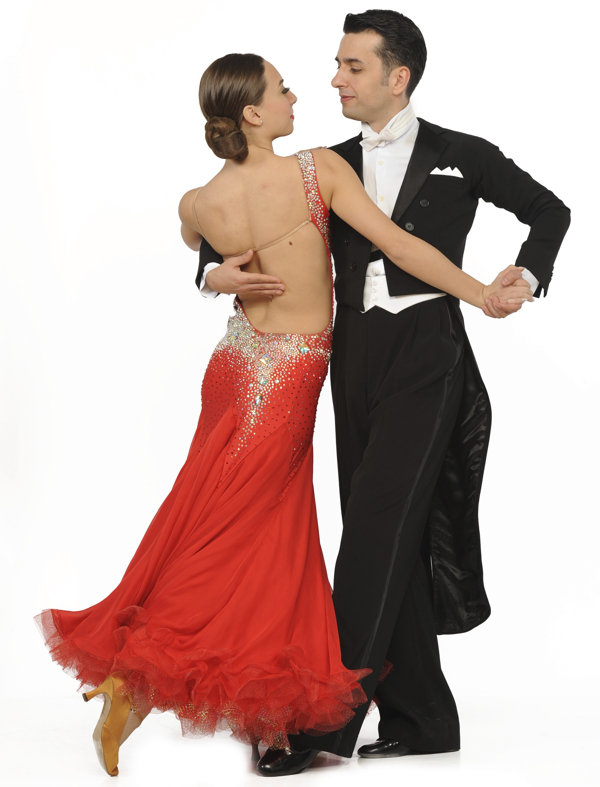 A whole lot of accessories accentuate this flamboyant dance style. Traditionally, men wear Cordoba or straw hats. They also hold castanets (called palillos in Spanish) in their hands, which are secured to their thumbs, and shake it rhythmically to create a sound that imitates the clapping of hands. Women hold fans adorned with laces which highlight their graceful hand and wrist movements. Women also adorn their hair with flowers. Many times, women also drape a manton, which is made from silk and similar to a manila shawl, over their skirts, which gives a very gypsy-like feel to the whole costume. Shoes, or zapatos, are a very important accessory, and the sounds they create when the feet are tapped add to the dance rhythms. Nails are driven into the soles of the shoes, including the areas where the heels, toes, and balls of the feet, rest for maximum sound effect. 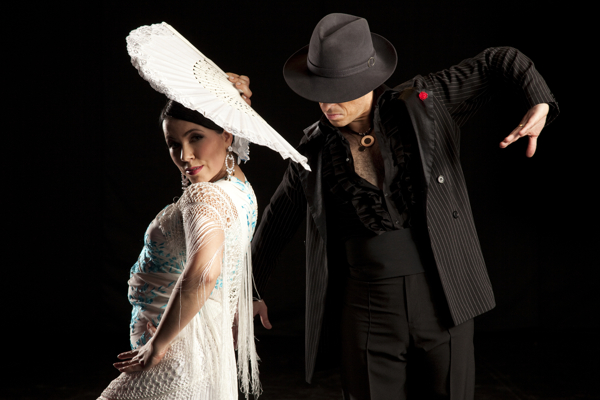 So now you know the ensemble needed for flamenco. Choose your costume wisely, depending upon your skill set. Whenever you dance, don the costume, along with the accessories, especially the shoes, and practice a lot, so you can learn to manage it and move effortlessly. The more you practice, the better and more refined your moves will get. 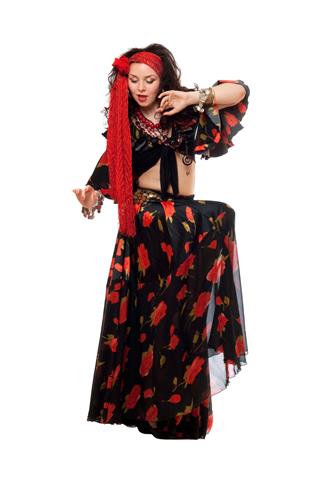 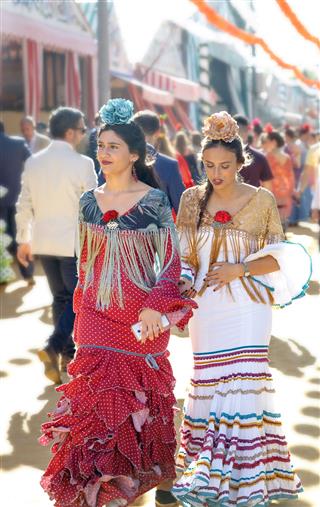 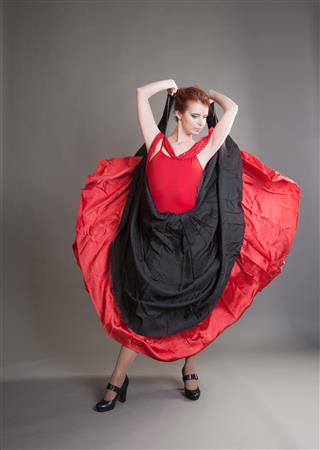 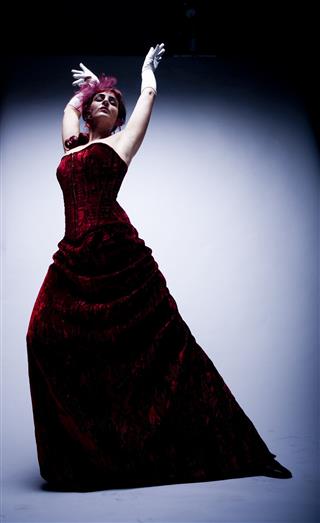 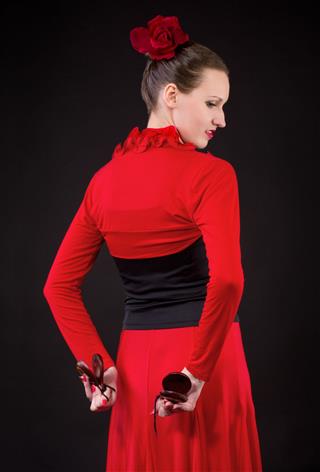 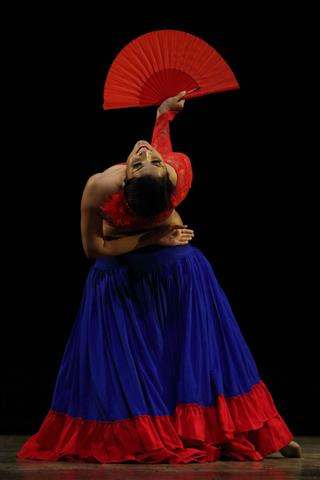 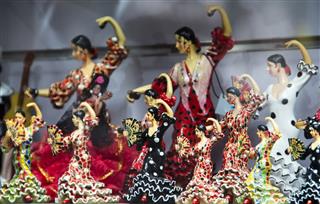