It's time for Sadie Hawkins, and you've got a big task ahead of you. Don't fret because DancePoise gives you ideas on how to ask a guy to the Sadie Hawkins dance in a cute way. 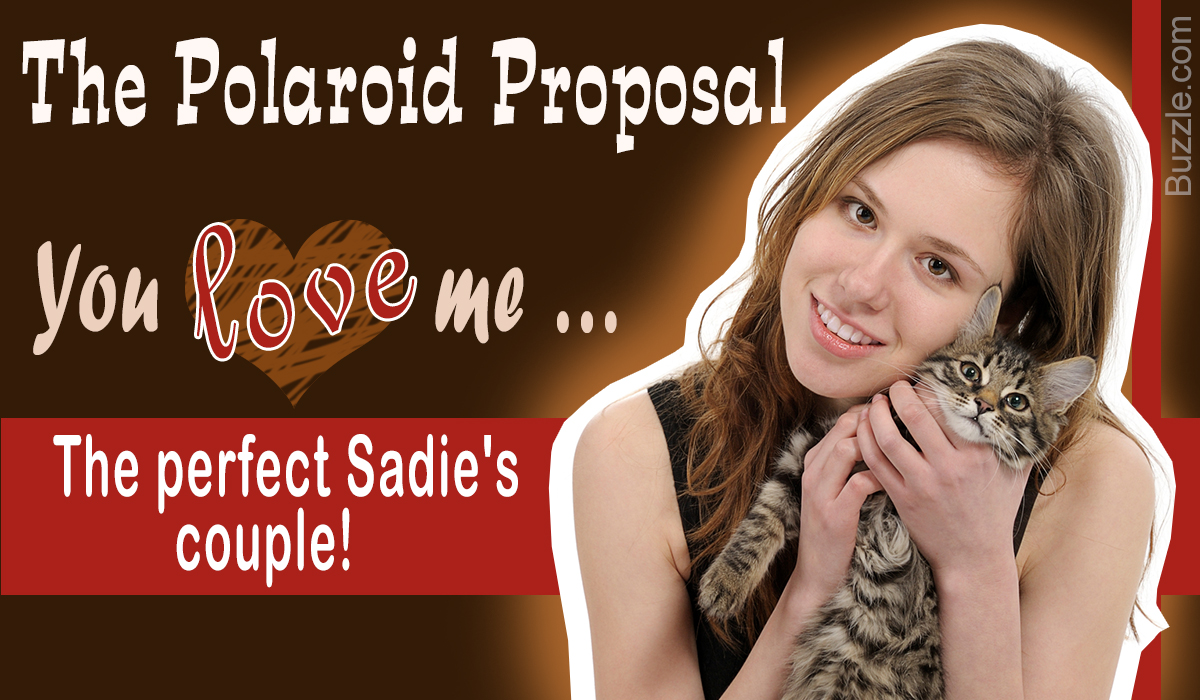 It’s time for Sadie Hawkins, and you’ve got a big task ahead of you. Don’t fret because DancePoise gives you ideas on how to ask a guy to the Sadie Hawkins dance in a cute way.

Consider asking someone you actually like. And if you don’t have your eye on someone specific, consider asking your best guy friend.

The tradition―girls asking the boys to the dance, came from a comic strip Li’l Abner by cartoonist Al Capp. According to the story, Sadie Hawkins’ father invites unmarried men of Dogpatch as her possible suitors. The day is declared as Sadie Hawkins Day where a foot race is conducted, and whoever Sadie catches will have to marry her.

Every year, many middle school, high school, and colleges around the U.S. host the dance anytime between November and February. Giving the guys an opportunity to be wooed for a change, it is the girls who have to come up with interesting and attention-grabbing ways to ask them to the dance. So, if you are looking for some aww-inspiring Sadie’s ideas, take a look at the following suggestions.

The more creative the idea, the more work you’ll need to put in. Contrary to their female counterparts, guys are much easier to woo. And although it may not take a lot of effort from your side, it’s good to put some thought behind how you’ll propose to him for the dance.

To imitate this picture, lay on the floor with your eyes closed, and place either an open book or a piece of paper next to you. Write your proposal to the guy you want to ask out, and have your friend click the picture. If you have his number, send him this image, or sneak a copy in his locker.

Everybody, and we mean everybody loves pizza. And truth be told, any situation can be handled or dealt with when you have pizza around. So why not make this comfort food a means to nail your proposal? It is a ‘cheesy’ way to ask a guy, but it sure is amazing.

The I’ve Got Balls Proposal

If the guy you like plays basketball, or is a huge fan (actually, this idea works with soccer, baseball, lacrosse, etc.), ask him to the dance by grabbing a basketball and writing all over it. Blow up the picture and make a poster out of it; he’ll have to notice your grand gesture.

Even though being original and unique is very much appreciated, sometimes it’s good to be a little ‘corny’. Get some ears of corn, and spell out his name. Click the pictures (as shown above), along with your proposal on the chalkboard. Make a collage and send it to him ASAP.

The Shy Under the Umbrella Proposal

You can either choose to send him a picture (similar to the one above), make it into a poster, or wait to ask him after school. Regardless of your decision, write the text on the umbrella and get noticed. Just make sure you write his name so that he knows the proposal is for him.

The Sweet as a Donut Proposal

Send your proposal in a creative manner with donuts. However, instead of sending him a picture, send him an entire box. As he enjoys the delicious donuts, little by little the text will be visible. Not only will your proposal be witty, but it’ll be delicious too. He won’t be able to decline it.

The I’ll Pop for You Proposal

Blow a bunch of balloons and take a picture of yourself (it can be any place; and in any quirky pose). Make a big poster and send it to him. Another way to send your balloon proposal is to actually send him the balloons, where one balloon has a piece of paper with your name on it. He’ll have to burst every balloon in order to find out who actually asked him.

Got a pet? Get him/her to share the stress of asking him out. Place a sign either on your pet itself, or take a picture like the one shown above. A little word play, and you’re all set to send the proposal on its way. If you wish to be mysterious, and keep him guessing for some time, just hang a sign around your pet’s collar.

Get a few rubber ducks, and place them in a random fashion. Write your proposal on a card, and place it next to the ducks. Click a picture of it, make the poster, and ask away. Another way is to write “Sadie’s” under each duck, fill a small bucket with water, and place them all in the bucket. Keep the bucket on his front porch, ring the bell, and escape as swiftly as you can before he opens the door.

After school, get to his car as quickly as you can; obviously before he or any of his friends can see you. With your lipstick write “Sadie’s” on his windshield, and leave him an anonymous letter tucked under the wiper. Write down your proposal, and a hint as to how he can find out who left the letter there.

Find out what kind of music he likes, and make him a perfect mix CD. On the paper cover, write your proposal and leave it in his locker. A bowl or bag of candies is an added, sweet bonus that will tip the scale in your favor.

First and foremost, make a speech bubble with your proposal written on it. Now, there are two ways to send your proposal to him―one, you send him a poster with the picture on it, or two, ask your friend to hold the speech bubble while you propose to him. If you choose the latter, wait outside his class or in the parking lot after school, and let the event unfold.

These ideas can only be possible if you’re confident about yourself, and can grab his attention without having to do too much. Apart from the Sadie Hawkins dance ideas mentioned above, you can definitely infuse your own creative style to make the proposal unique. After all, it will be your fun and exciting personality that will win him over, right? 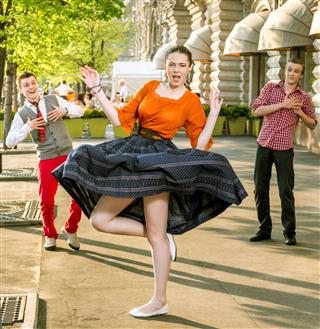 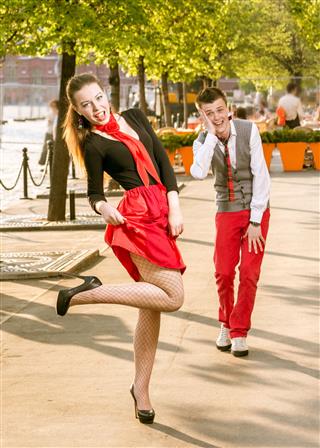