Each era of the world today has been defined in one way or another by dance. It’s an art form that brings people together and transcends many societal boundaries. As such, every decade has it’s very own form of dance culture. Be it the moves that were big at the time, the reason for which people danced or the ways in which people interacted while dancing, dance is as timeless as it is fleeting.

What is popular today probably wasn’t popular a few years ago. Same goes for dances that might be popular in the future. But, that doesn’t mean that dance is not worth remembering. In an effort to capture dance cultures of the past, keep reading to find out more about the who, what, when, where, why and how of dance in the 1970s.

In the seventies, it’s fair to say that dance was mostly popular among nightclub goers. It gave young adults the chance to express themselves in a way that was quite unlike generations past, all while preparing for cultural shifts to come.

The overall cultural shift of the 1970s brought with it a wide array of spunky new dance moves. Arguably the most popular of said dance moves was known as The Hustle. This dance involved “a mixture of Swing and Latin, performed to a 70s disco beat,” according to Lite 98.7.

Other popular dance moves of the era included the Bump Dance, the YMCA and the Bus Stop.

Although disco dancing was popular throughout all of the 1970s, it reached peak popularity in 1977, largely thanks to the release of the film “Saturday Night Fever” which stars seventies heartthrob, John Travolta. This blockbuster film influenced many popular dance moves to come according to LiveAbout.com.

It’s thanks to a rise in openings of discotheques and late night clubs that disco dance was given such a large platform in the 1970s. This is where dance was most enjoyed throughout the decade.

The 1970s was a decade of political upheaval and societal disturbance. As a result, many young people used dance as a way to express their artistic side all while socializing with like-minded others. In addition, dance was a sort of therapy for young people growing up in the flower decade. It provided an escape from the mundane quality of every day life.

The “how” of 1970s dance is similar to the “why”. Disco served to de-stigmatize dance music altogether. Especially considering the societal progressions made in the 1960s, it seems 1970s dance and culture in general were almost inevitable. Rather than sit back and allow older generations to define them, generation X took things into their own hands.

The effects of 1970s dance culture can still be seen in much of society today. In fact, according to the BBC, were it not for Disco culture, social dancing may have very well faded away entirely. But lucky for us, that’s not the case. Instead, we can enjoy dance on any occasion.

So next time you find yourself dancing with a friend late at night in a club, pay tribute to the 1970s with a quick Hustle or YMCA. 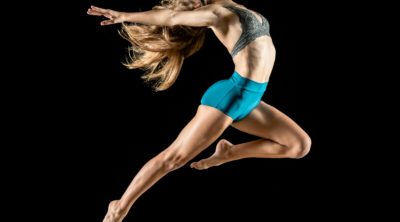