Home / Uncategorized / The Evolution of Dance through the Century

The power and influence of dance culture has remained strong through the decades. With it’s roots in ancient cultures and ability to inspire those of any age, background or religion, dance remains one of the purest art forms to date. One of the things that makes dance so special is its ability to forever evolve. Many of the most popular dances today would be unrecognizable just a few decades ago. The same will likely be said a century from now. But in a way, that is exactly what makes dance so timeless.

Keep reading to traverse the many nuances of dance through the decades, as we explore the ways it has changed while also remaining agelessly the same.

To start, we’re throwing it all the way back to the 17th century. According to Amy Stallings of Encyclopedia Virginia, “dance was the dominant pastime of colonial Virginians of all classes.” In other words, whereas today we might give Instagram a scroll to pass the time, colonials broke out into the latest popular jig.

The most popular dances of the time were divided into two categories: fancy dances such as minuets (a dance involving two people moving in four time), and country.  According to Stallings, country dances were similar to fancy but much simpler. Rather than two people sticking together the entire time, they dance with all other couples on the dance floor.

Although the 19th century brought with it war and other strife, the dancing world flourished. While more folk style dance thrived at the beginning of the era, it was romantic dances such as the waltz and the two-step that came out on top. According to Victorian-Era.org, ballroom dance at the time became less associated with younger generations. As a result, parents and grandparents often carried on the tradition.

Similar to the Colonial era, Victorian dance often involved two people dancing together or with a group of other couples.

Dance in the 20th century was characterized by the term “social dance”. In other words, the primary motivation for dancing was socialization. In addition, the 20th century shed light on dance styles that were previously considered lower class. As a result, everyone , regardless of class, was dancing the ragtime, jazz and swing dance.

As the century progressed onward, more “scandalous” dance music such as rock and roll became popular among teens, paving the way for dance music and styles to come.

Now we come to the dance world as we know it today. While older generations and competition dancers alike still enjoy many traditional dances such as the waltz and swing dance, these have been largely replaced. Instead, dance today is characterized by more modern and “raunchy” movements, challenging the outdated societal norms of centuries passed.

Some of the most popular 21st century dances include hip-hop, break dancing and more.

All of the above goes to show that the dance world is bound to continue changing. What was once considered a courtly pass time between couples is now a fully fledged movement. However, one thing is for sure. Dance is and will continue to be a defining art form for decades more to come. 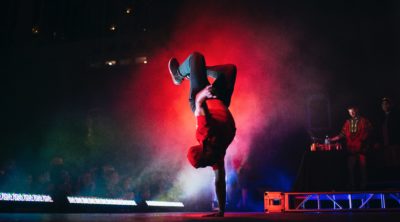