Acro Dance – A Rhythmic Amalgamation of Acrobatics and Dance

Acrobatic dance or Acro dance is a fusion of classical dance forms and acrobatics. It is often seen that this form of dance has a unique choreography that is set on music, allowing the dancer to portray emotions and expressions while performing athletic acrobatic moves. 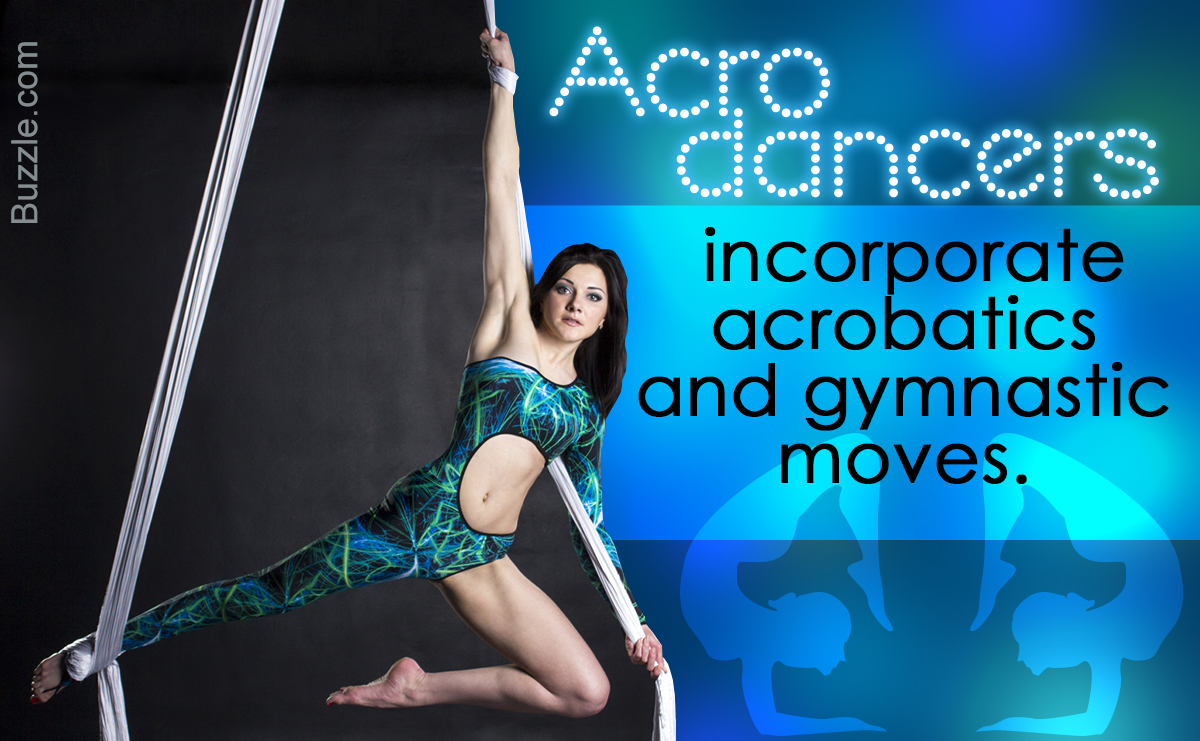 Acrobatic dance or Acro dance is a fusion of classical dance forms and acrobatics. It is often seen that this form of dance has a unique choreography that is set on music, allowing the dancer to portray emotions and expressions while performing athletic acrobatic moves. 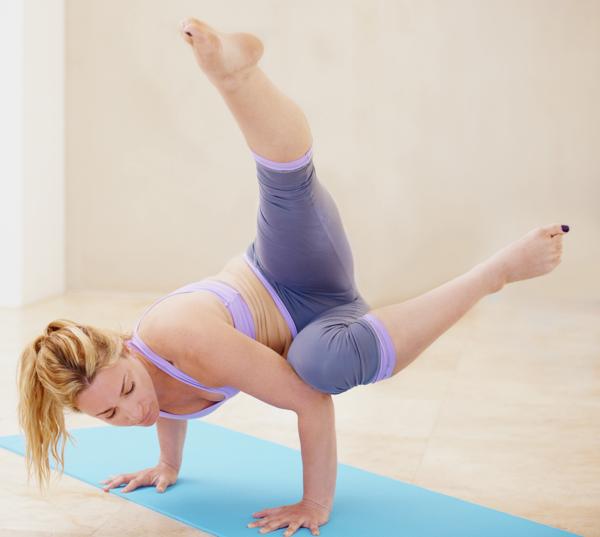 Acro dance draws its inspiration from other dance forms such as jazz, modern dance, lyrical, and classical dance.

Acro is a type of dance that has been formed with the amalgamation of dancing acrobatic gymnastics. It has the body control and flexibility, balance, athleticism, and precision of acrobatics along with fun and free-flowing choreography and music of various styles of dances.

Acro dance was popularized in a competitive dance show. However, it was well-known long before that. It got its well-deserved fame and spotlight via contemporary circus productions such as Cirque du Soleil and through professional dance theater in the 1800s.

This dance style is especially challenging as the performers require to be well trained in acrobatics as well as dance. 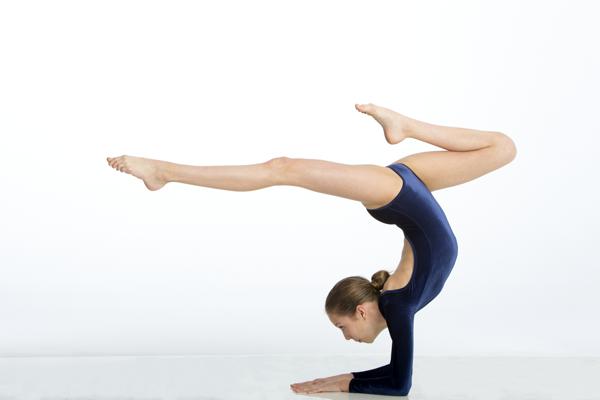 Some believe that the Acro dance has its roots in traditional Chinese dances. However, this dance form came into spotlight in Canada and the United States in the early 1900s in Vaudeville. Although Acro was performed long before the 1900s, it got its well-deserved popularity in that era.

Sherman Coates was one such dancer who performed with Watermelon Trust between 1900 to 1914. Tommy Woods was another such dancer known for his slow-motion acrobatic dance and his performance in Shuffle Along. Lulu Coates was also one of the noteworthy dancers who formed the Crackerjack, a popular vaudeville company, which included the Gaines Brothers.

The decline of the vaudeville era brought tremendous changes in the dance form to reach today’s version of the dance. One such change is the addition of ballet moves into this dance form. This further focused on the dance and its movements on precision.

Today’s Acro is a combination of acrobatic movements mixed with ballet, jazz, modern, and lyrical form of dances. Some parts of the dance can be performed solo, while the other can be performed with a partner.

Acro dance techniques include limbering, tumbling, partnering, based on flexibility, contortion, strength, and balancing. Solo tricks include a back handspring, back and front walkover, front aerial, front handspring, hand walk, needle, scorpion, side aerial, etc. While with the partner, the performers can do tricks such as double cartwheel, pitch truck, swizzle, the lawnmower, etc. A variety of tricks are performed in a dance routine.

Just like every dance has its set costumes to aid the dancer while dancing, so does Acro dance. Due to the incredible moves involved, they need to wear certain kinds of outfits to help them in their dance rather than get entangled and trip. 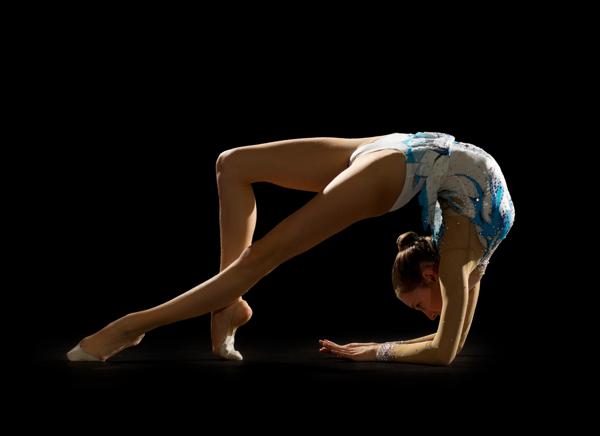 This dance form requires the dancers to be inverted at any given time in the routine. Thus, they are required to wear costumes that are most flexible and form-fitting. This helps in keeping the viewers’ attention on to the performance, while ensuring the dancer’s safety. Loose clothes can get entangled with the dancer’s body parts and cause an injury.

The dancer’s hair is mostly tied up into a bun or a ponytail so that it is away and out of the face at all times, in order to avoid any accidents and distractions during the routine.

Typically, the dancers use a tight fitting slip-on, lace (less of it) footwear. This keeps the dancer’s feet snug, held in place, without the worry of laces becoming loose. These shoes also give the dancer excellent flexibility. Many dancers prefer to use foot thongs or jazz shoes for their routine. Some also prefer to dance barefoot as it gives a good grip against the dance floor.

Many dances can be learned at any stage of life. However, the younger you are, the better. This is because as a child, the body is more flexible, and it is easier to put the child into the habit and discipline of this dance style. 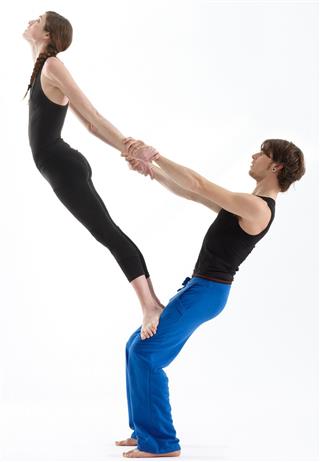 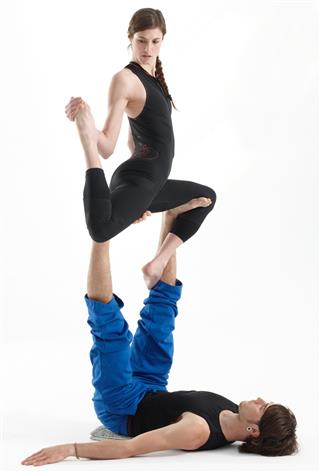 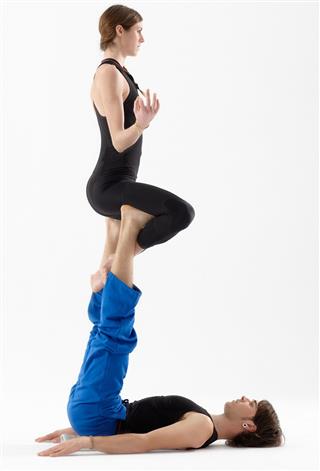 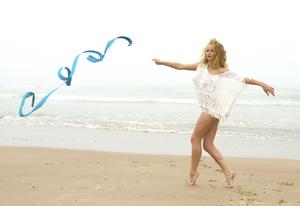