15 Most Famous Jazz Dancers That Made it to the Zenith

Jazz dance, like jazz music, was born from Africans who were brought to America as slaves. The dance form was christened as 'jazz' during World War I. It budded alongside jazz music in the neighborhoods of New Orleans. 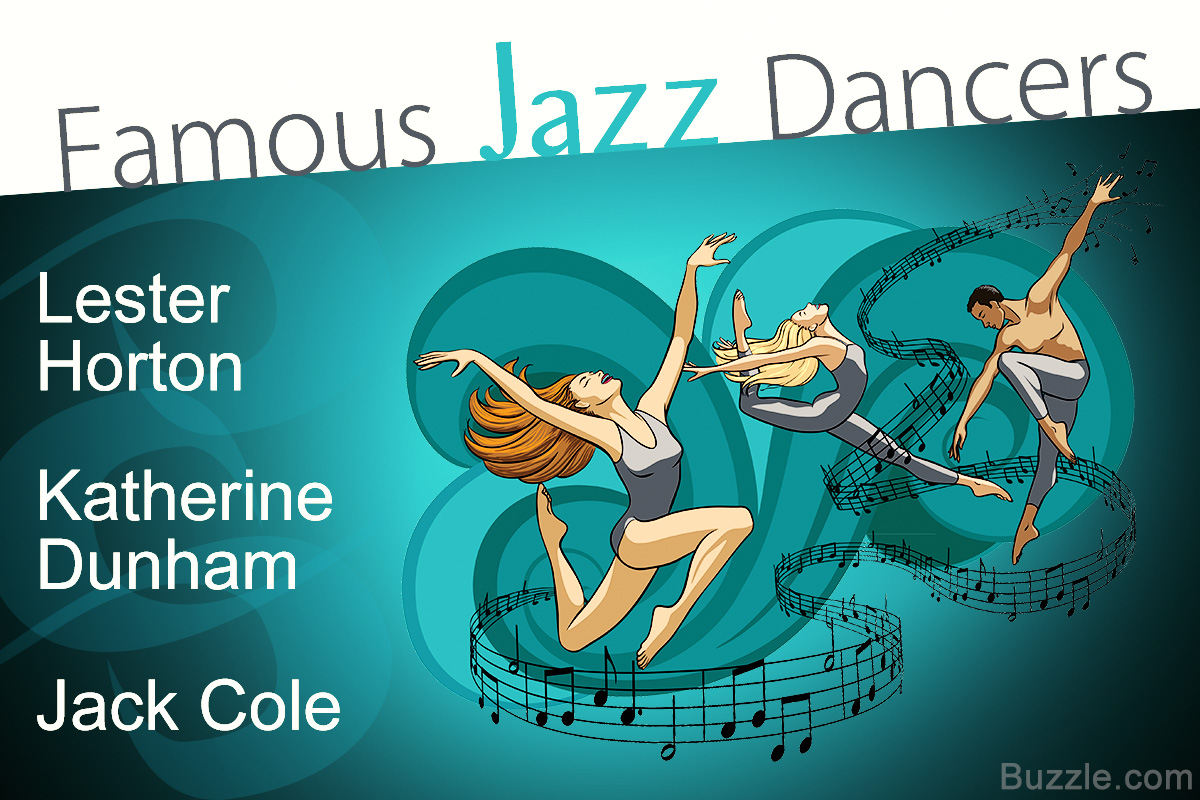 Jazz dance, like jazz music, was born from Africans who were brought to America as slaves. The dance form was christened as ‘jazz’ during World War I. It budded alongside jazz music in the neighborhoods of New Orleans. 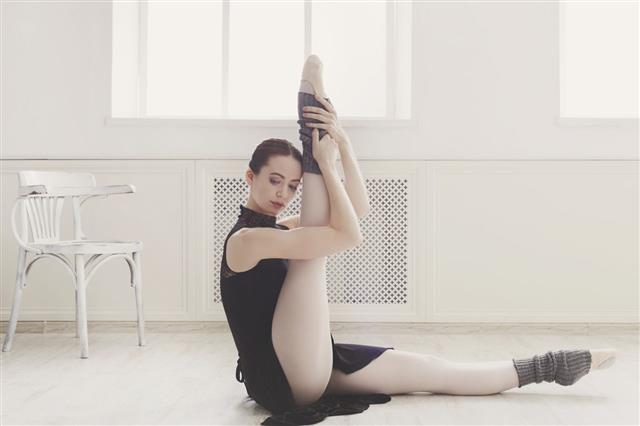 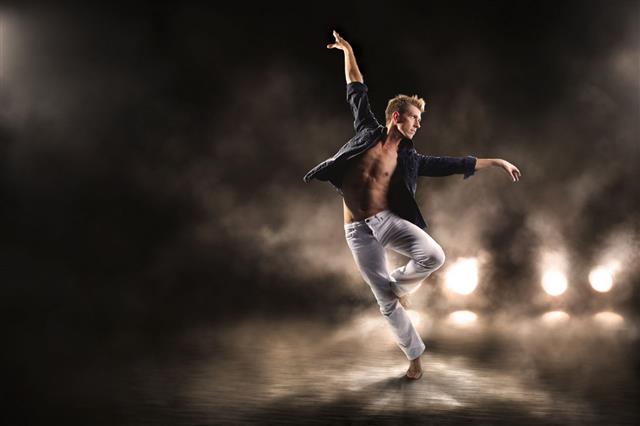 Jazz dance has its roots in African tribal folk dance. However, choreographers like Jack Cole, Jerome Robbins, and many others amalgamated this dance form with bharat natyam and ballet, and revolutionized the dance form.

The 1930s to 1960s was a phase where jazz went through transformation. The dance now required, nay, demanded highly trained dancers. It no longer was a rustic hidden and forbidden dance of the slaves. Experimentation in the dance form gave rise to new choreographers and dancers, and the elite received name and fame in films and Broadway shows.

January 23, 1906 – November 2, 1953
Occupation: Dancer, choreographer, teacher
Lester Horton was born in the United States in Indianapolis, IN. He was fascinated by tribal dances, and emphasized on whole body approach, which included strength coordination, body awareness, and flexibility. Horton’s technique was included in his masterpieces ‘Revelations’ and ‘Cry’.

June 22, 1909 – May 21, 2006
Occupation: Dancer, choreographer, author, educator, activist
Katherine Dunham was born in the United States in Chicago, IL. She founded the first black modern dance company in America. She integrated rhythms of Africa, Cuba, Brazil, Haiti, etc. She also invented the ‘body isolationism’ technique in dancing. This technique had a huge impact, not only on dance form but the whole world of dance. She founded the ‘Katherine Dunham Dance Company’.

April 27, 1911 – February 17, 1974
Occupation: Dancer, choreographer, theater director
Jack Cole was born in the United States in New Brunswick, NJ. He is considered as the ‘father of jazz dance technique’. He combined jazz steps with modern dances. His style was unique and full of emotions. He used moves from other dance forms, viz. ballet, African and Caribbean rhythms, and bharat natyam (Indian classical dance). His hip movements, pliés, East Indian isolation, acrobatic movements, and intricate floor movements became his signature styles. He choreographed Marilyn Monroe’s ‘Diamonds are a Girl’s Best Friend’, ‘There’s No Business Like Show Business’, and ‘Les Girl’. This opened the floodgates to new talent and modifications to the dance form.

August 23, 1912 – February 2, 1996
Occupation: Actor, dancer, singer, director, producer, choreographer
Gene Kelly was born in the United States in Pittsburgh, PA. He included classical ballet techniques along with jazz. He ganied recognition for his award-winning dance films ‘On the Town’ and ‘Singin’ in the Rain’. He choreographed for movies like ‘Best Foot Forward’, ‘Me and my Girl’, ‘On the Town’, ‘An American in Paris’, besides dozens others. The film ‘Anchors Aweigh’ gave him an opportunity to dance a duet with Frank Sinatra and with the animated character Jerry mouse.

August 16, 1921 – February 18, 2013
Occupation: Actor, dancer, choreographer
Matt Mattox was born in the United States in Tulsa, OK. He was Jack Cole’s protégé, famous for his sharp and angular techniques. He had his own signature ballet-based jazz technique. He worked in movies like ‘Seven Brides for Seven Brothers’, ‘The Band Wagon’, ‘Till the Clouds Roll By’, ‘There is No Business Like Show Business’, ‘Gentlemen Prefer Blondes’, etc. He was instrumental in introducing the ‘freestyle’ form of dance.

Eugene Louis Facciuto or Luigi
March 20-21, 1925 – April 7, 2015
Occupation: Dancer, choreographer, singer, teacher
Eugene Louis Facciuto was born in the United States in Steubenville, OH. He created a new style of jazz dance based on warm-up exercises. These exercises helped him recover from a paralyzing car accident. He too incorporated ballet along with jazz. He was known for his beautiful fluid movements.

January 13, 1925 – October 18, 2000
Occupation: Actress, dancer
Gwen Verdon was born in the United States in Culver City, CA. As a child, she overcame shaky legs by learning to dance. and developed a style that was later used in the movies ‘Damn Yankees’ and ‘Sweet Charity’. She also developed a hip-swiveling movement, which was both subtle and smoldering. She received fame for her performances in ‘Chicago’ and ‘Damn Yankees’. She won four Tony Awards; one for Best Featured Actress in a Musical for ‘Can-Can’, and three for Best Actress for ‘Damn Yankees!’ She was nominated for Best Actress in the musical ‘Sweet Charity’ and ‘Chicago’. She coached actresses such as Marilyn Monroe, Lana Turner, and Jane Russell.

June 23, 1927 – September 23, 1987
Occupation: Actor, choreographer, dancer, director, screenwriter
Bob Fosse was born in the United States in Chicago, IL. He was known for his distinct style with the use of rounding his shoulder, the use of his pelvis, and isolation of his arm and hand. With this he gave a new dimension to jazz. He won 8 Tony Awards for choreography. He was nominated for an Academy Award as director of the film ‘Chicago’. he choreographed ‘Chicago’, ‘Damn Yankees’, ‘Kiss Me Kate’, ‘Pippin’, and ‘Cabaret’. He was inspired by the burlesque, vaudeville style, and incorporated props such as the cane, chair, and hats in his dance routines.

December 7, 1935 – December 23, 2013
Occupation: Dancer, choreographer
Frank Hatchett was born in the United States in Chicopee, MA. He was also known as ‘The Doctor of Jazz’. He blended funk and individual interpretation with jazz. He created a new branch of dance called VOP. He won an Academy Award for his documentary ‘Real Stories’ featured on his life. He was also awarded the Fred Astaire Award in the year 2012.

April 5, 1939 – Present
Occupation: Actor, director, producer, choreographer, dancer
David Winters was born in London, England. He was famous for his role in ‘West Side Story’, and was an award-winning choreographer for movies and TV programs. He earned his first Emmy nomination for a singer, dancer, and choreographer category for ‘Hullabaloo’. He directed television award-winning shows and movies viz. ‘Once Upon a Wheel’, and ‘Dr. Jekyll and Mr. Hyde.’ He later wrote, co-starred, and directed the movie ‘The Last Horror Film’.

April 24, 1943 – Present
Occupation: Dancer, choreographer, teacher
Lynn Simonson was born in the United States in Los Angeles, CA. She invented a dance technique that prepares the body to dance. She was invited to teach in Amsterdam, Holland, where she was inspired to create her own technique called the ‘Simonson Technique’. On her return to New York, she founded and became the soloist, choreographer, and co-director with Theater Dance Collection for several years. She conducts workshops for teachers all over the country; and has received awards from the National Dance Educators of America, National Dance Association of USA, American Dance Guild, and a Lifetime Achievement in Dance by the Encore International Festival in 2003, Boston Youth Moves, 2004 and Dance New Amsterdam, 2005.

August 6, 1948 – August 29, 1994
Occupation: Choreographer, dancer
Michael Peters was born in the United States in Brooklyn, NY. He used a unique technique in dancing. Instead of using counts like other dance techniques, he emphasized on using the rhythm of the beats of the instruments. His signature move was the ‘Worm’. He co-choreographed the Broadway musical ‘Dream Girls’. He won two Emmys for choreographing ‘Liberty Weekend Closing Ceremonies’ and ‘The Jetsons: An American Dream video’. He choreographed Michael Jackson’s music video ‘Beat It’ and ‘Thriller’.

February 22, 1966 – Present
Occupation: Choreographer
Mia Michaels was born in the United States in Coconut Grove, FL. She uses powerful movements based on jazz traditions. She choreographed ‘Cirque du Soleil’, for celebrities Ricky Martin, Madonna, and Celine Dion. She has lately choreographed for commercials. She appears as a judge on the television show ‘So You Think You Can Dance’. 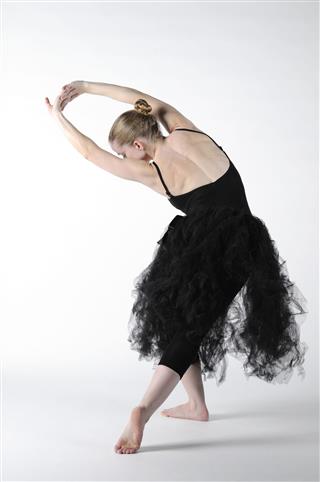 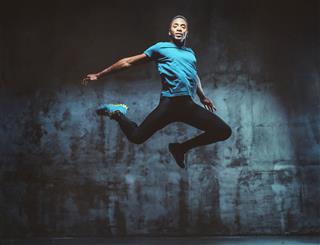 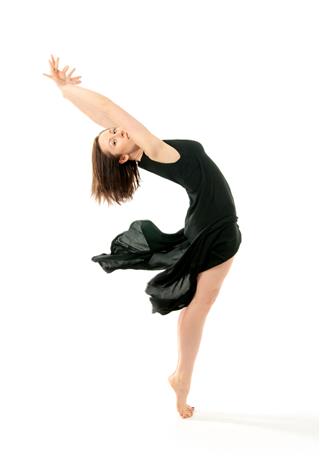 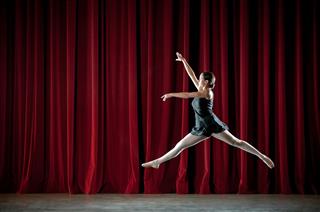