Africans are known for having rhythm in their blood, and it is this innate quality that makes them so expressive. Far from being merely entertaining, African dance is about communicating emotions and celebrating community life. 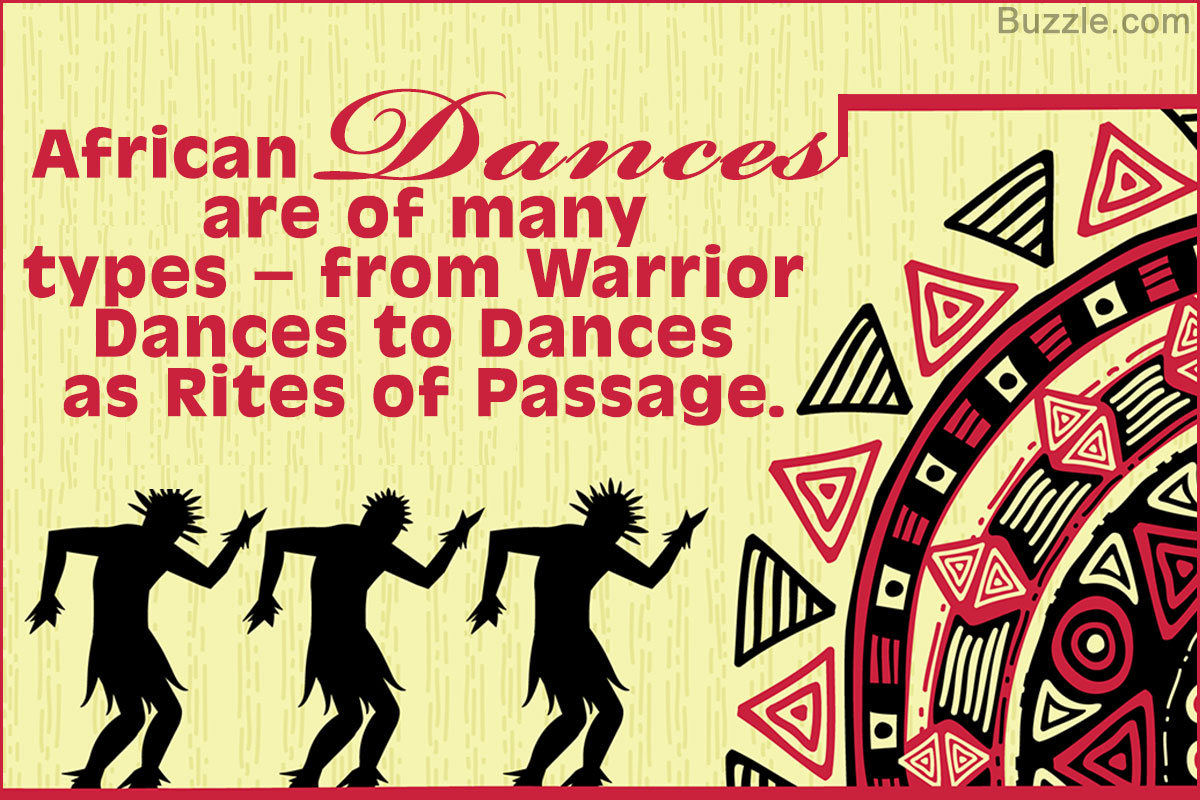 Africans are known for having rhythm in their blood, and it is this innate quality that makes them so expressive. Far from being merely entertaining, African dance is about communicating emotions and celebrating community life.

It is a means of imbibing social values and patterns, it is in every sense the mirror reflection of the life in the community. This is African dance in particular and it is nothing short of being a celebration of life itself. Here, music and rhythm is not just skin deep but it flows through the veins and is passed down from generation to generation.

The Africa we know is famous for its oral tradition, that is the cultural practices are passed down from one generation to another. Through oral communication music is used as a means of expression. In short, singing and dancing which employ rhythm and melody, are equally significant in this part of the world. Dance primarily forms an integral part of the African culture making use of elaborate costumes, masks, props, body art, and gestures to communicate with one another.

A little bit about African dance

Unlike all dance traditions of the world, African dance is polycentric/polyrhythmic, which sets it apart from all other dances. This implies that a dancer’s body is not considered to be one single unit but instead, is divided into several segmented areas which are able to respond to the different rhythms within the music. These segmented areas create connected movements that are precise, complex, and relatively difficult to master.

In this part of the world, dancing transcends the ordinary, and is often seen as an expression of spirituality in religious rituals. It is a custom strongly associated with important events in the lives of the community as a whole, which means it is viewed as an opportunity to share togetherness. 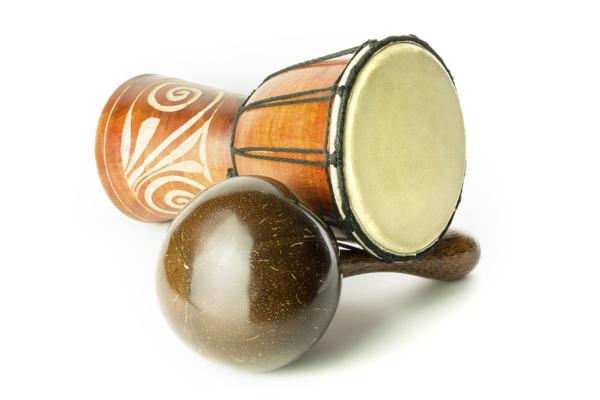 What is dance without rhythm and music? We would term that as meaningless movements, ain’t it? Music is an integral part of the African dance rituals, and by music, we don’t just mean the drum that is referred to as the ‘heartbeat of the tribe’. Yes, there is beating of the drum, and to accompany it there are instruments like the shekere, the kora, the mbira, and the kosika.

◆ One of the most important features of African dance is the fact that they being ceremonial dances, are never performed alone. The dances are always performed by the entire community, with each member partaking in the performance. Which means, there is constant interaction between the dancers and the supposed audience. 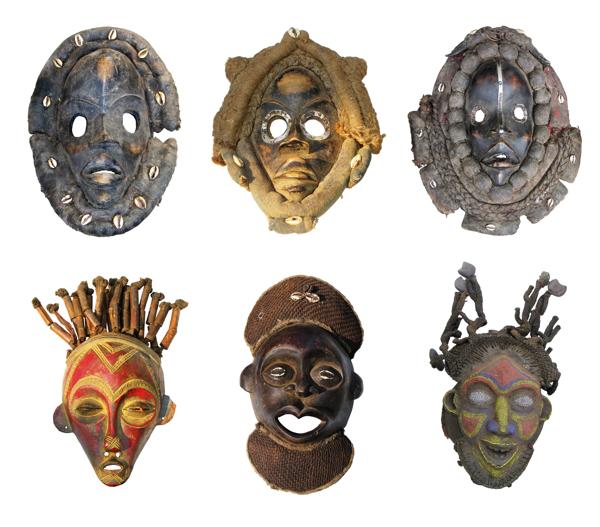 ◆ Masks form an essential feature of the traditional African culture. Elaborate masks are used in ritual dances and social and religious functions. Masked dances form an integral part of the traditional ceremonies including weddings, funerals and initiation rites. The mask-wearer is said to transgress his human form and take over the form of the spirit that is represented by the mask. The masked dancer thus becomes a medium of communication between members of the community and the spirits.

◆ Keeping the tradition alive for generations to come is not easy, and in order to keep it intact the master dancers ensure that the dance is not modified in any way. The training for the same begins right from childhood; musical training on the other hand, begins right at the birth of the child.

◆ Rhythmic clapping, stamping of the feet and singing add to the rhythmic music needed for the dance. Music and dance are considered to be two sides of the same coin. While singing, a technique called ‘call and response’ is employed, which implies that the lead singer leads the group, a concept that is followed by most choirs the world over.

◆ While men employ large body movements like leaping and jumping, the women dance with smaller movements akin to shuffling steps. African dances are a reflection of life, and it isn’t surprising when one says that the dancers are often separated on the basis of age and gender. More emphasis is laid on the community as a whole, which is why couple dancing is absent.

It is undoubtedly true, that there exists a wide variety of dance styles owing to the different tribes residing in Africa. However, a majority of them are based on similar principles.

The dancing style is credited to have originated from the Foh and Ewe people, and is also widely known as Atamga. Warrior dances are a depiction of the men who fought in the battle, so the dance involves warfare movements. It is supposedly an aggressive style of dancing and is characterized by a complex drum rhythm. The dancers stage mock fights using horsetail as spears to stab the opponent. It is performed specifically at cultural events and at funerals. The Agbekor dance style is an example.

‘Coming of age’ is considered to be one of the most important ritual amongst the African tribes. This type of dance is performed as an act of initiation into adulthood. This dance is performed specifically by the young dancers who practice in seclusion for months before they get to perform in front of the community. This dance is a means to boost the confidence of the young men and women and also a means to welcome them into the new phase of life. 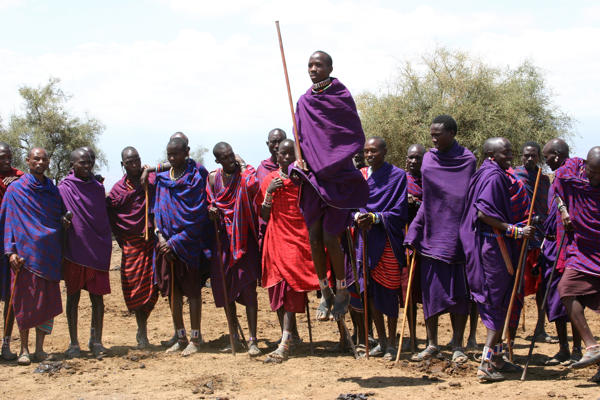 The Maasai people perform the Adumu dance to celebrate the coming of age of warriors. The dancers have to jump without allowing their heels to touch ground. Tokoe, on the other hand, is a dance performed by selected young women in Ghana. The girls chosen for the dance have to meet the required qualification measures, namely remaining a virgin at the time of entering puberty.

Welcome dances are performed to greet and pay due respects to a visitor. It is also one of the ways to showcase the talent and potential of the tribe to the visitor. The Yabara performed in West Africa is an example of this dance type. It involves throwing the shekere to different heights in the air and it is mostly performed by women.

The name says it all, the dance is a depiction of love and is performed on occasions celebrating unison and love. Being celebratory in nature, the performances are reserved for weddings, anniversaries and tribal rituals. In Ghana, women perform the Nmane to honor the bride on the day of the wedding.

Dance of Possession and Summoning

This dance type is used to summon the spirits of the world, namely that of ancestors, trees, forests and even deities.
It is performed to honor the spirits and as a means to ask for guidance. It is at times performed to ask for forgiveness in cases when the spirit is angry. These dances are also performed during the time of war or a drought with a firm belief that it will prove to be a good omen.

In some African tribal dances, certain impressive dancing styles are also used to entertain the guests.

◆ Yabara dance:
Yabara is dance form from Nigeria or the western African region. In this dance, “The Beaded Gourd Rattle” called Shekere in native language, is thrown in the air to indicate the rhythm changes.

◆ Agbekor dance:
This dance is originally the dance of ‘Ewe’ and ‘Foh’ tribes from western African region. This dance is peculiarly performed with horsetails, at the times of funerals.

◆ Adumu dance:
The Maasai people perform their traditional dance called ‘Adumu’. This dance is performed at the coming of age ceremony of the warriors.

◆ Kpanlogo dance:
This African folk dance belongs to the Ga ethnic group from Ghana. This dance is performed with certain conga-like drums that are called Kpanlogo. The dance is also known as African drum dance.

◆ Umteyo dance:
This dance is also referred to as shaking dance, as the dance involves peculiar movement of the pectus region of the body. This dance is specifically performed by the South African Xhosa tribe.

◆ Indlamu dance:
This dance is best known as African Zulu dance. It is performed by the Zulu tribes of South Africa. In this dance, the dancer lifts his leg to the height of his head and bangs it down hard against the ground. This dance is also referred as Zulu war dance and is mainly performed at the Zulu weddings.

There are numerous different African folk dances, as there are a lot of tribes present in the continent. African tribe dances like ‘Tamenaibuga’, ‘Amaggunju’ and ‘Bwola’ from Uganda, ‘Makosa’ from Zaire and many other dance forms are still practiced in Africa. 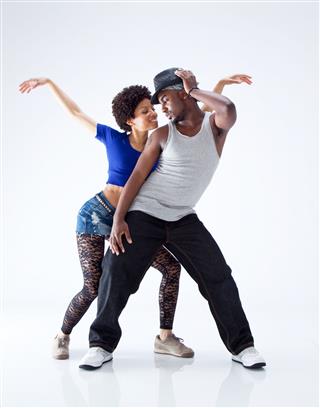 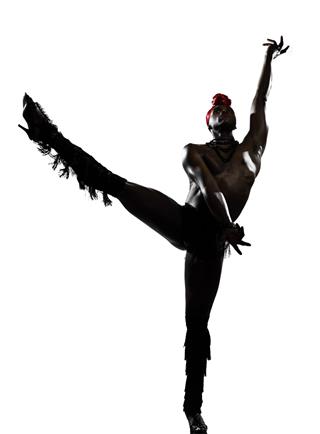 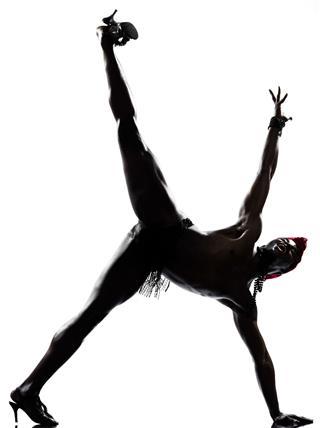 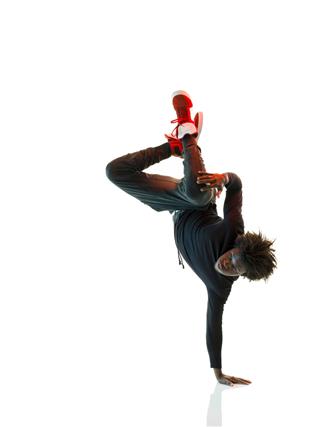